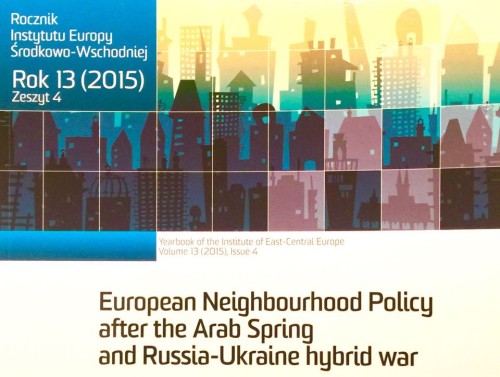 Russia’s propaganda deceives, multiplies absurd conspiracy theories and creates an information chaos. As societies, which are disoriented and confused, become an easy target for manipulation, the risk of political subversion, radicalization and change in the Euro-Atlantic course increases.

* This article is published in the Yearbook of the Institute of East-Central Europe, Volume 13 (2015), Issue 4 “European Neighbourhood Policy after the Arab Spring and Russia-Ukraine hybrid war”

* * This article is partly based on the research findings of the study “Euro-Atlantic values and Russia’s strategic political communication in the Euro-Atlantic Space”, which was carried out by the Center for International Studies (Latvia) (authors: prof. Zaneta Ozoliņa, Dr. Gunda Reire, Dr. Solvita Denisa-Liepniece, Arturs kvesko and Sigita Struberga) and commissioned by the NATO Strategic Communications Centre of Excellence (NATO StratCom COE, Latvia) in 2015. The aim of the study was to identify the ways and means of how Russia, with the help of mass media, influences the Euro-Atlantic values and re-defines the meaning of democracy, mass media freedom, human rights, freedom of speech and other values in the Euro-Atlantic space for different societal groups in the context of the crisis in Ukraine.

In order to respond to Russia’s strategic communication properly and to defend the societies, first, Western leaders and societies must be aware that the Western inner system of values is open and vulnerable. The West must be aware of the means and tools used in the information war and have to be ready to address a variety of new challenges and hence defend its foundational values. Second, while exposed to the propaganda threats, the Western world should not give up its core values. Democratic values in Western societies have been taken for granted. At the same time, their role in preserving peace, security and prosperity have not been appreciated enough. Third, the solution to the current situation is to become less dependent on Russia. That includes reorientation of businesses, less economic dependence, energy independence, and also informational independence.

Fourth, it would make sense to re-think the basic values in democracy for ourselves. It could involve the principle of self-defence or militant democracy or the idea that democracy has its own boundaries. Perhaps more importantly, it would make sense to re-state that democratic states can be regarded as an object of protection. If it is possible to indicate the occurrence of attempts to induce change in the nature and identity of state, elements of the state, the state order, the right of people to exercise the sovereign power, the chain of the democratic legitimacy, opposition, parties, independent judiciary, guaranties of human and fundamental rights, the principle of self-defence of democracy should come into force. Democratic order cannot directly prevent an anti-state or anti-democratic revolution but it could make it more difficult, in the long-term interest of the people. Also peoples’ right to resist can be expanded, preventive constitutional safeguards and unchangeable core of the democratic order developed, as well as further development of international law foreseen in the way the basic Trans-Atlantic values are better defended.

Fifth, the level of media literacy in the society is of the utmost importance. Uninformed opinion masquerades as news, lines are blurred between legitimate journalism and propaganda, entertainment, self-promotion and unmediated information appears on the Internet as true and verified information. This superabundance of information has made it imperative that citizens learn to judge the reliability of news. Therefore, it is possible to argue that the illiterate of the 21st century will not be those who cannot read and write, but those who cannot learn, unlearn, relearn and evaluate the credibility and reliability of information. A contemporary media consumer has to be able to recognize the information, recognize the tools and to be able to analyse critically. One cannot be passive about news consumption, and media literacy is a set of skills which can be taught and learned.

The West and Russia: Desperation and Tunnel Vision in Contemporary Warfare

Why Energy, More Than Ever, Is About Latvia’s Security

From Borders to Frontiers: The Inescapable Fate of Eastern Europe